During the ‘Economics of Desire’ presentation where Mercedes outlined its future strategy, the company teased not one but four of its upcoming models. These include the Mercedes-Maybach SL, a more exclusive SL Speedster from the new Mythos series, the all-electric EQE SUV and an as yet unnamed entry-level luxury car.

Gorden Wagener, chief designer at Mercedes-Benz, revealed the silhouettes of the cars in dark teasers. As expected, he was shy on the details, but gave us a good idea of ​​what to expect.

Starting with the SL-based models, the flagship roadster will receive a luxury Maybach-badged variant. Wagener said: “We are creating a new member of the Mercedes-Maybach family. Full stop. It’s going to be beautiful, I promise you.” Teasers reveal that it’s referring to an SL featuring a Maybach grille, chrome-infused fender inlets, red exterior tint and a black-painted hood with Maybach graphics. The SL is set to expand the Mercedes-Maybach range alongside the S-Class, GLS and upcoming EQS.

The SL will also serve as the basis for the first member of the ultra-exclusive “Mythos Series” range. This was converted to a two-seater (the Mercedes-Benz SL has a 2+2 layout), replacing the rear seats with a redesigned rear deck for a cleaner, more aerodynamic shape. Like all vehicles in the Mythos range, the SL Speedster is expected to be produced in limited numbers and will be available to dedicated enthusiasts and collectors of the marque. We don’t know which powertrain will be under the hood of the most expensive SL, but we assume it will be the most powerful. 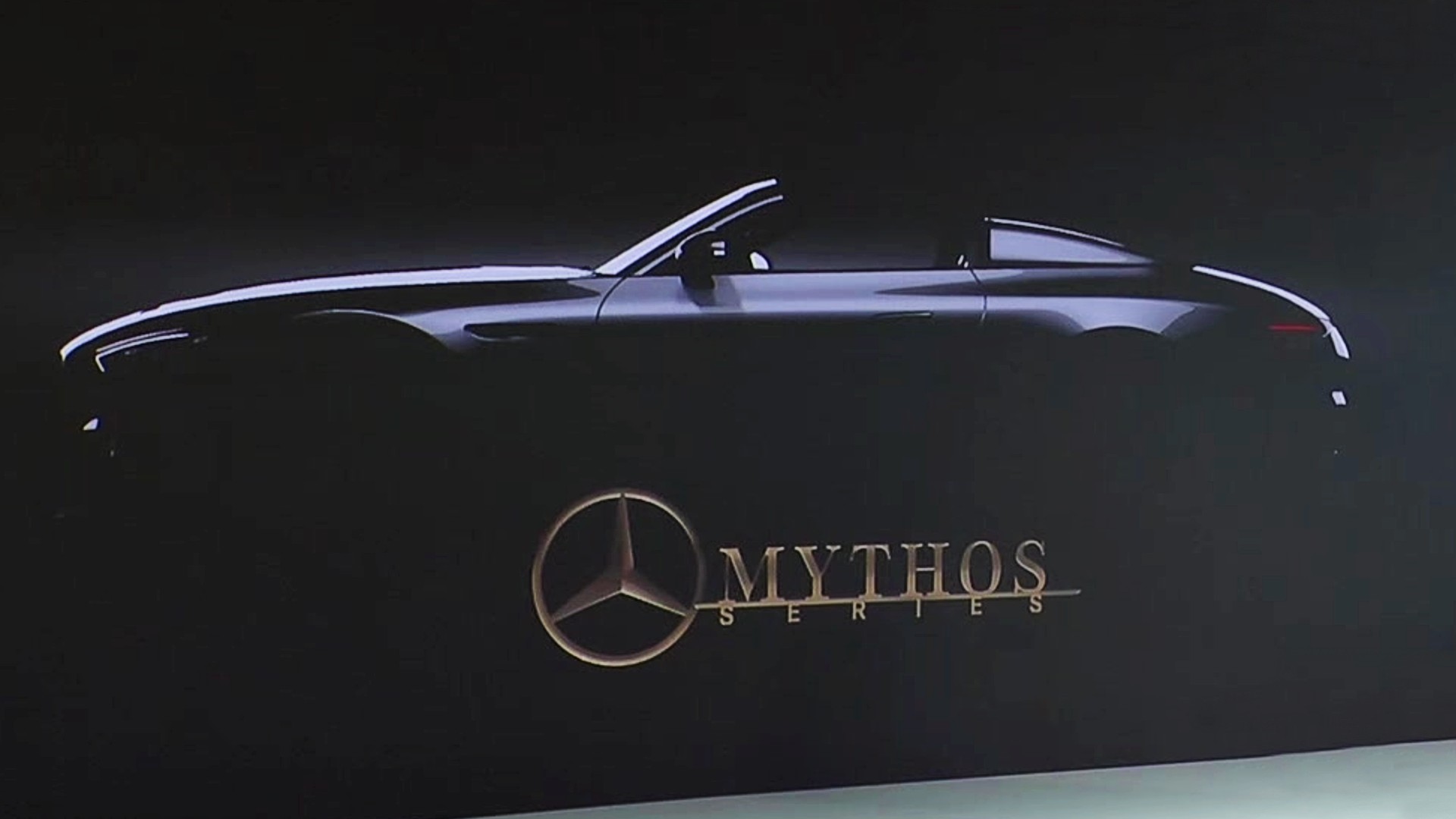 Moving on to more traditional models, Mercedes showed us a teaser for the upcoming EQE SUV. Wagener called it the little brother to the already unveiled EQS SUV, saying it will be much sleeker and much more aerodynamic than the ICE-powered equivalent, which is the Mercedes-Benz GLE. The EQE SUV is expected to inherit powertrain and battery options from the mechanically linked EQE sedan.

Finally, the latest teaser is the most interesting, with Wagener unveiling the silhouette of an entry-level luxury car. The three-box proportions feature a long bonnet, aerodynamic roofline and short rear deck, while we can also see hints of its fancy LED lighting units. The designer said the as-yet-unnamed model will feature sophisticated technology, with a fully digital interior. He promised it would be a true luxury car in the entry segment, hinting at a possible successor to the A-Class Sedan and CLA.

Mercedes has announced that it will reduce its “Entry Luxury” range from seven to four body styles while adding more technology and luxury features. The teased hatchback could be the first sample of the next-generation compact Mercedes, which is expected to debut in 2024. It will be underpinned by the new MMA platform and introduce the Mercedes-Benz operating system (MB.OS) before to extend to the entire range bringing new connectivity features.

Besides the aforementioned models, Mercedes has hinted at another possible addition to its lineup without giving us any visual clues. We are talking about a new model defined to expand the G-Class family that is currently under study. Reading between the lines, it looks like another 4×4 that will likely retain the boxy design language of the G-Class and the upcoming all-electric EQG.

Filling up to $900: High gas prices hit harder than most RV drivers