Research has found that many patients complain of impaired memory, concentration, fatigue or insomnia while recovering from acute coronavirus disease 2019 (COVID-19). Critically ill patients such as those with acute respiratory distress syndrome (ARDS) also face similar problems that persist even after a year. This has raised concerns of long-term neurocognitive deficits after COVID-19, mainly due to cerebral hypoxia, viral encephalitis, metabolic dysfunctions, immune activation or other mechanisms.

A recent review of neuropsychological test data from people recently infected with severe acute respiratory syndrome coronavirus 2 (SARS-CoV-2) reported cognitive impairment as well as impaired verbal fluency, attention and executive functions, and memory as being quite common. Many patients were expected to show improvement within the first 6-12 months. However, it is unclear whether early assessment of cognitive function is a good indicator of long-term implications.

Additionally, there is little information on the cognitive function of patients who recovered without hospitalization, even though they make up the bulk of the SARS-CoV-2 infected population. Additionally, it is uncertain whether neurocognitive impairment is related to the severity of COVID-19. Two recent studies with patients 2 to 8 months post-COVID-19 reported poorer performance on cognitive tests compared to controls who had no previous infection.

Now, a new study published in the PLOS ONE review aims to analyze cognitive deficits in non-hospitalized patients 8 to 13 months after COVID-19. It also aimed to investigate variables associated with neurocognitive deficits, focusing in particular on early symptoms suggesting an association with the central nervous system (CNS) during the acute phase of infection.

The study involved participants aged 18 and older who had a positive polymerase chain reaction (PCR) for severe acute respiratory syndrome coronavirus-2 (SARS-CoV-2), but had not been hospitalized. They were recruited during the first wave of the pandemic until June 1, 2020.

Initially, participants had to respond to a paper or similar web questionnaire to obtain information on background variables (demographics, comorbidity, education, weight, height, smoking status, etc.), symptoms experienced during the acute phase of COVID-19, symptoms present at the time of the survey, and some other standard questionnaires such as the Chalder Fatigue Questionnaire (CFQ) and the EQ-5D-5L Health Status Questionnaire. 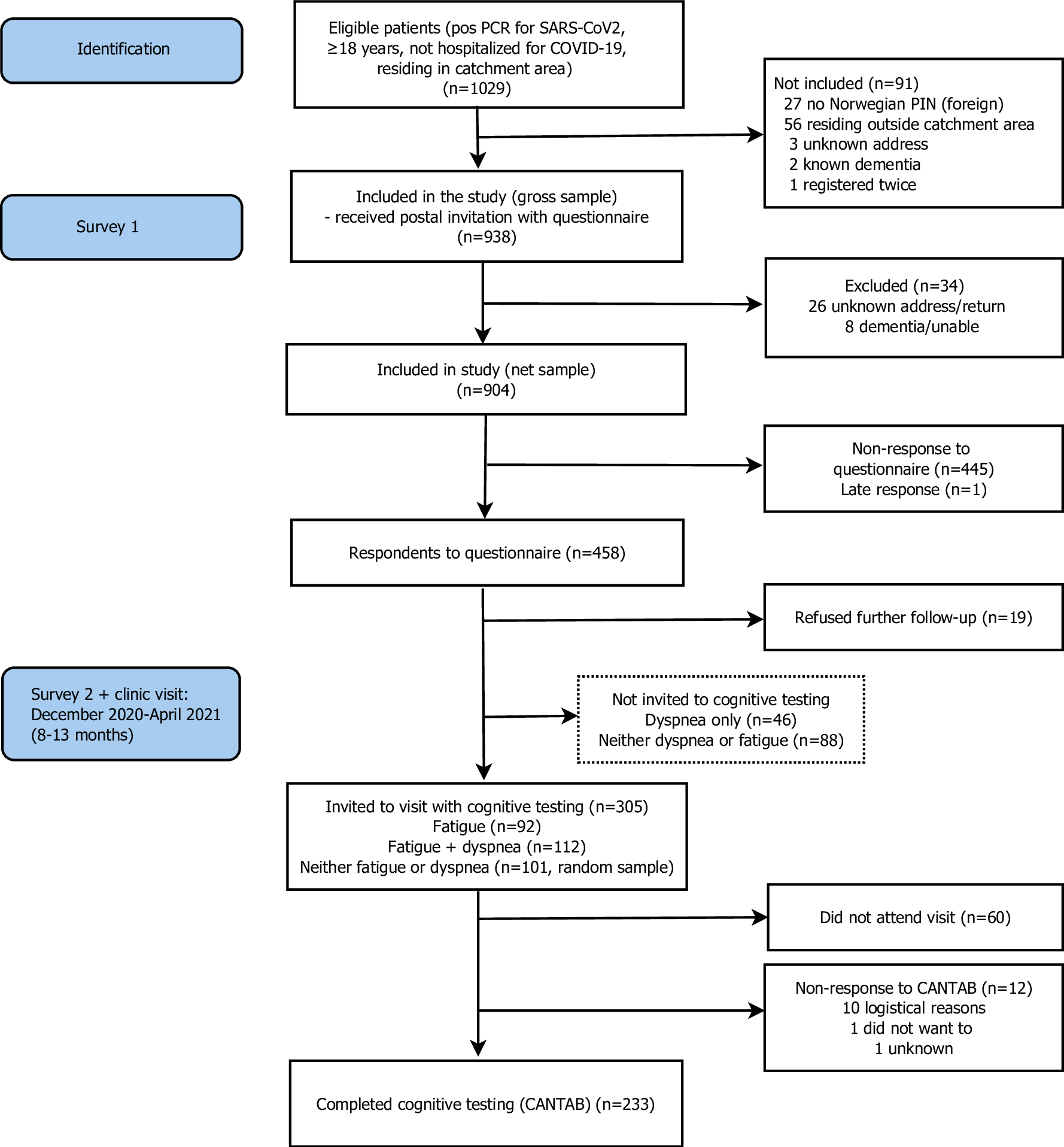 The results indicated that 233 participants completed the CANTAB cognitive test battery. Most reported COVID-19 symptoms were headache, fever, dyspnea and loss of smell. Additionally, those who completed the CANTAB test were found to have more symptoms during the acute phase, as well as a lower quality of life.

Small reductions in cognitive scores were seen in participants 11 months after COVID-19 compared to those without any previous infections. However, no reduction in executive function (OTS) was observed in the entire sample. 29% of participants reported impaired cognitive function in at least 1 of 4 tests, while 6% reported at least 2 of 4 tests at follow-up. Additionally, only the SWM test result was found to be associated with baseline COVID-19 symptom count, whereas neither test was associated with CNS-related symptoms. Moreover, only RVP showed an age-related decline, while RVP and OTS showed better scores with higher level of education.

Therefore, the current study demonstrated only mild impairment in cognitive function in non-hospitalized patients 8-13 months post-COVID-19. The results suggest that they have few cognitive outcomes after infection compared to many symptoms in the acute stage.

The study has certain limitations. First, the sample size of the study was small. Second, information on cognitive function before infection was not available. Third, the study lacked a convenient comparison group. Finally, the study may contain selection biases that limit its generalization.

Cultivation of organoids for use in preclinical modeling of human diseases